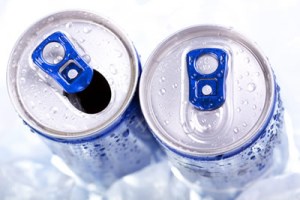 The ban on caffeinated alcoholic beverages, also called alcopop, was one of the biggest stories in the beverage service and sales industry in 2010. Popular beverages such as Four Loko were called dangerous, a binge in a can, and worse. Last November the Food and Drug Administration declared alcoholic energy drinks to be a public health concern. The FDA concluded that caffeine added to malt alcoholic beverages was an unsafe food additive (U.S. Food and Drug Administration).

What made the combination so dangerous? The FDA raised concerns that caffeine additives may have masked some of the effects consumers typically rely on to determine their level of intoxication. In fact, drinkers who consume alcohol mixed with energy drinks are 3 times more likely to binge drink than drinkers who do not report mixing alcohol with energy drinks (Center for Disease Control and Prevention). All of this was alarming enough to get these drinks pulled off of shelves, but also concerning was their popularity with teens and young adults.

Four Loko was, and continues to be, extremely popular with teens. A single can of Four Loko came in at 23.5 ounces, contained 12% alcohol, and also contained unsafe additives caffeine, taurine, and guarana. Four Loko came in much larger, and more potent, than a can of beer. In fact, concerns were raised that these drinks were marketed to appeal directly to teens (Marin Institute).

Several months later, Four Loko is back on shelves, without the caffeinated punch. The drinks have been reformulated and no longer contain additives like caffeine, but they still come in 23.5 ounce containers with 12% alcohol by volume (Omaha World-Herald). Teens may not realize they are consuming as much alcohol as they are until they are well on their way to unsafe intoxication. Four Loko still comes in fruity, teen-friendly flavors like fruit punch and watermelon. It also continues to be the drink of choice for many young people around the country (Bar Business Magazine).

What can you do as a beverage service professional to keep teens safe?

What policies have you instituted at your organization to deter teen drinking?