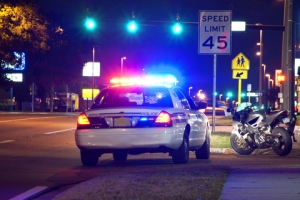 Saving lives means getting tough about DUIs. In an effort to improve safety and security of those on the road, Nevada may join the more than 25 states which require ignition interlock devices for first-time DUI offenders.

These devices, which are attached to a vehicle’s ignition system, are another tool which can be used to keep intoxicated drivers off the road. Before a driver can start their car, they must breathe into a breathalyzer device. If alcohol is detected on their breath, the car will not start.

A Nevada Senate panel is considering Senate Bill 259, which would mean big changes to Nevada state law. The bill proposes installing ignition interlock devices on vehicles of anyone arrested for driving under the influence, for a minimum of six months. In the current system, judges generally have discretion to order these devices for people arrested with exceptionally high blood-alcohol levels, or for repeat DUI offenders.

According to the CDC, ignition interlocks reduce repeat offenses for driving while intoxicated by about 70% while they are installed. So what do you think – would you like to see Nevada toughen up their rules of ignition interlocks for DUI offenders? Let us know in the Comments below.